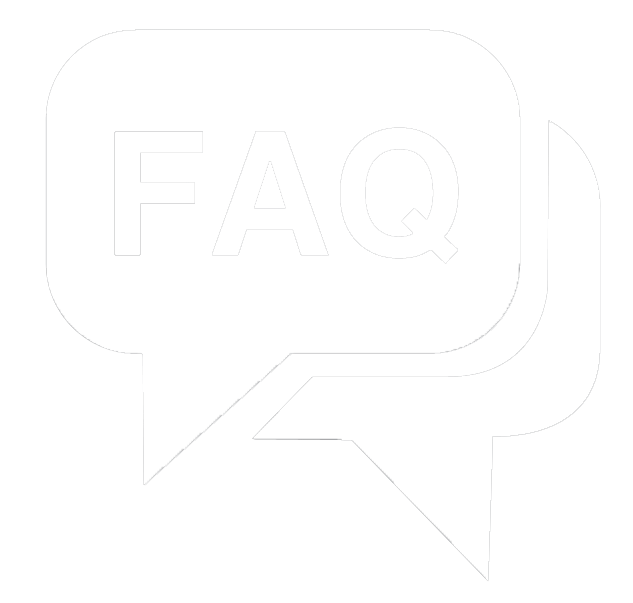 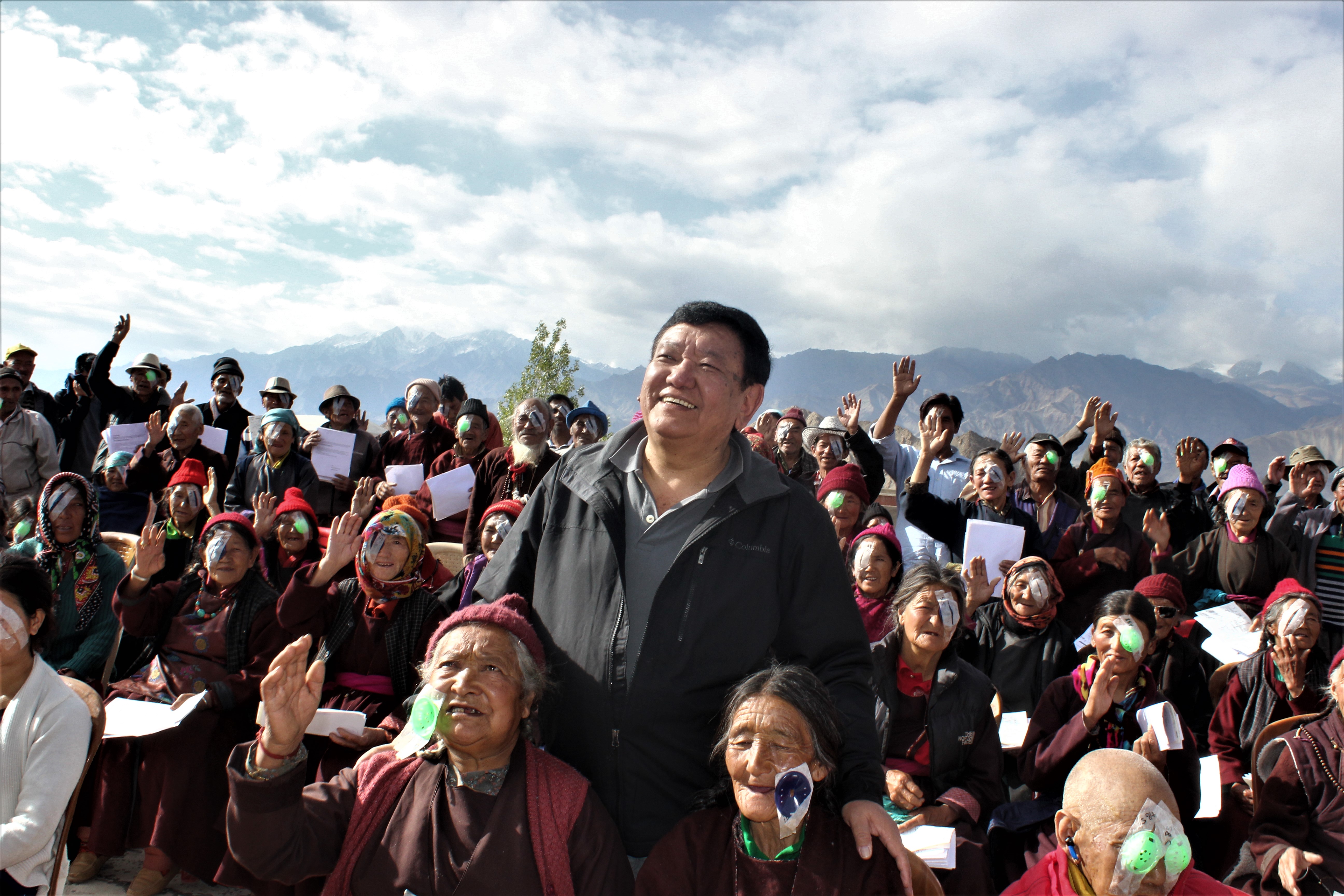 Dr. Sanduk Ruit Executive Director of Tilganga Institute of Ophthalmology has  been awarded the prestigious ISA award.Dr Ruit was selected for the ISA Award for his work on blindness prevention. Established in the name of Sheikh Isa bin Salman Al Khalifa, the former King of Bahrain, the award is given every two years to an individual or organization active in the field of human welfare from around the world.

After the announcement of the Isa Award, Dr. Ruit  said “I consider this a result of penance throughout my life. I have always been focused and immersed in my work. I am the only one who knows about the ups and downs of my life. Despite that, I have reached this place. I have endured many obstacles in life and have received many consolations and rewards. Both of these things take me forward.Isa Award is the biggest award (I have received) so far. This award will help us take our campaign into the global arena. It will boost the self-esteem of Nepal which is falling in the international arena. To uplift the morale of all Nepalis, I will continue to work in the international arena."

The Isa Award for Service to Humanity organization, established in 2009, has the King of Bahrain Sheikh Hamad bin Isa Al Khalifa as 'Honorary President'. The organization has been presenting this award since 2013. Dr Ruit is the recipient of the fifth edition of the award.

Sheikh Mohammad bin Mubarak Al Khalifa, a member of the royal family presented the award to Dr Ruit as a representative of the king at the award announcement ceremony held in Bahrain's capital, Manama, on Tuesday.

Dr Ruit has developed a simple method to treat patients with cataracts. He also invented intraocular lenses and made them available at affordable rates. Due to this, millions of people with blindness in developing countries including Nepal have been able to see. If Dr Ruit had not taken the initiative, those people would probably not have seen the world.

Malaysian physician Jamila Mahmood (2013), Indian social worker and educationist Achyut Samant (2015), Children's Cancer Hospital in Egypt (2017) and Edhi Foundation in Pakistan (2019) are the previous recipients of the Isa Award. This year, Isa Award for Service to Humanity, resumed the award after a four-year hiatus due to Covid-19. Dr Ruit will be awarded one million dollars (about 13.8 million Nepalese rupees), a gold medal and a certificate in February.

Initially, 145 individuals and organizations were nominated for the award, and 6 people/organizations were shortlisted among them—US-based charity Mercy Ship, Bangladesh's Friendship NGO, Colombian Camilo Jose Hereya who is active in the welfare of the poor, Kenyan Nzambi Mati who is active in environmental protection, Switzerland's Geneva-based World Health Organization Foundation and Nepal's Sanduk Ruit. A group of distinguished individuals including scientists, professors, and former politicians chose Dr Ruit for the award.

The seven-member jury, led by famous law professor Jan Paulson of the University of Miami, Dr Ruit was chosen. Professor Paulson is an internationally renowned arbitrator and author of law books—'Denial of Justice in International Law' published by Cambridge University and 'The Idea of ​​Arbitration' published by Oxford University. A member of the Permanent Court of Arbitration, The Hague, Professor Paulson is a former continental professor at the London School of Economics. He is also the former chairman of the 'International Council for Commercial Arbitration'.

After the six people shortlist was published, the award selection committee members and researchers visited the countries where the 6 people and organizations are located and got information about the work they are doing. "The winners of this award have sacrificed on a personal level for human welfare, taken risks and spent a long time battling those risks," says Professor Paulson.

He revealed the reason Dr Ruit was chosen saying, “Ruit had gone to Australia. He could have stayed there. He could live a very comfortable life by settling in America. Or he could have invented expensive tools to treat eye patients with. He did not do that. Instead, he invented lenses that make treatment accessible to everyone. He also did not limit the accessibility of this treat to just Nepal, he brought it to the whole world. We have chosen him to support his work on human welfare. This time the World Health Organization was also shortlisted but, we chose Dr Ruit in the end.”

Dr Ruit studied medicine in India, and he got a gold medal in surgery during his MBBS. He received the Ramon Magsaysay Award in 2006. In 2018, the Government of India honoured him with the Padma Shri award. In 2072 (BS), he received Bhutan's highest honour, the National Order of Merit, for playing a role in restoring the sight of hundreds of people and preventing blindness. Additionally, he received the Prime Minister's National Talent Award in Nepal in 2075 and the well-known Prabal Jana Sewa Shree Medal in 2077.

The ISA Award announced in Dr Ruit’s name is probably the biggest international award received by any Nepali to date. 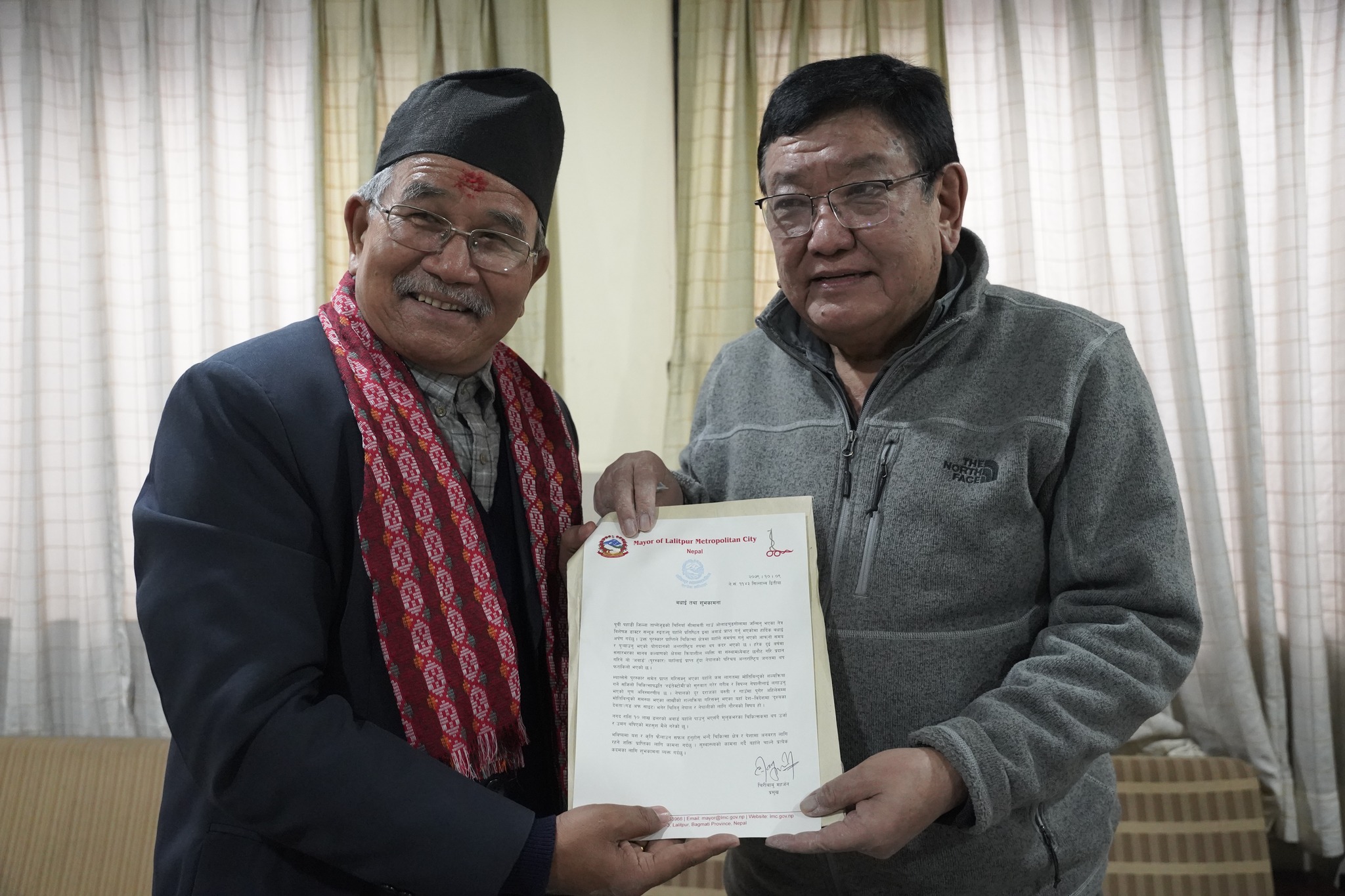 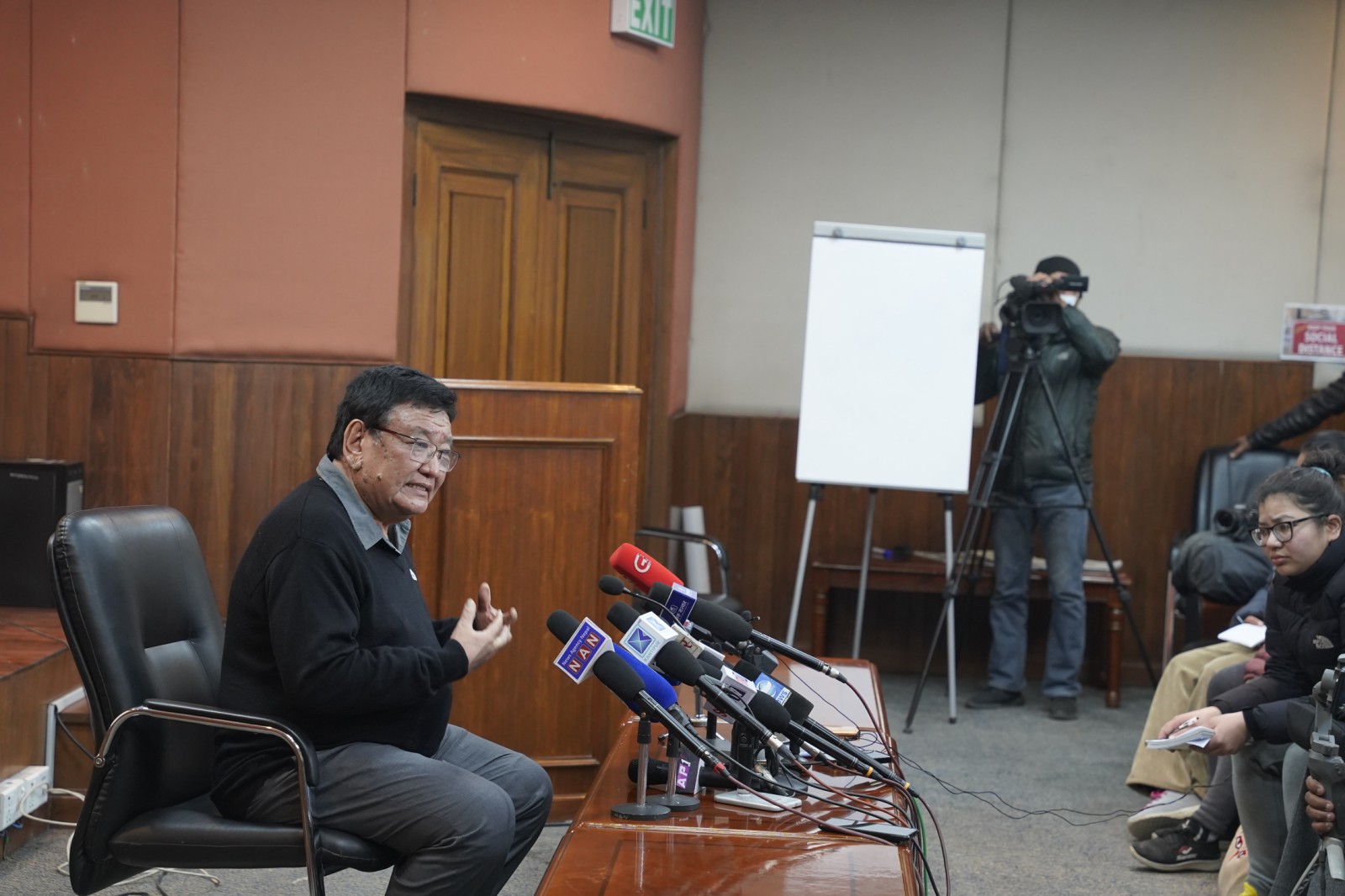 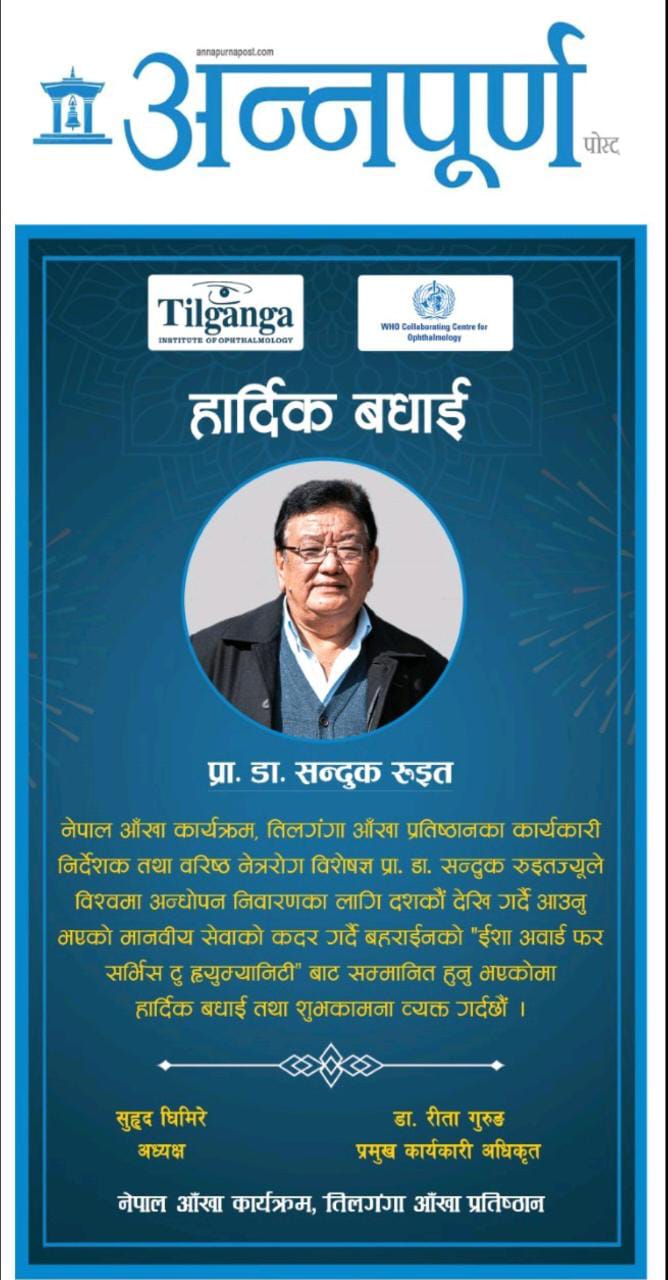 ISA AWARDS FOR SERVICE TO HUMANITY 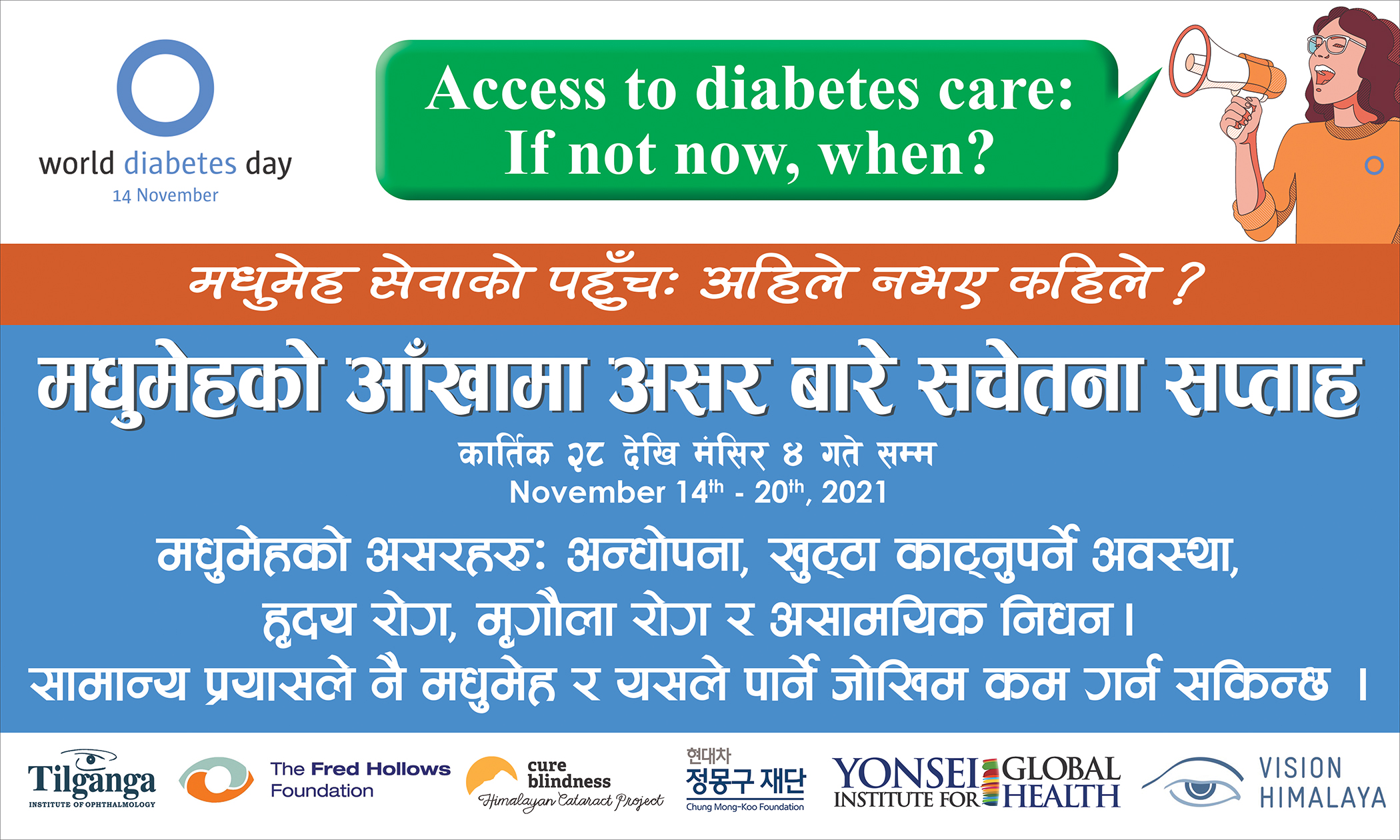